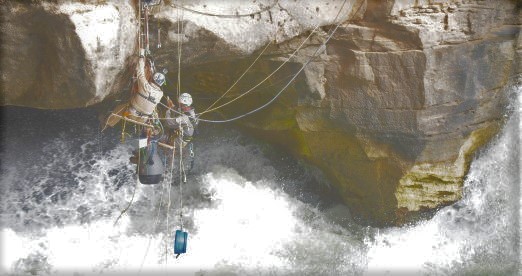 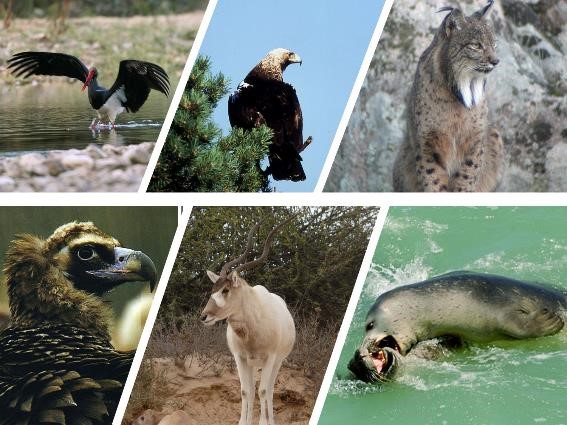 The Vulture Conservation Foundation is committed to conservation, restoration and protection of vultures as umbrella species for their natural habitats throughout Europe. The VCF is an international NGO committed to the conservation of the European vulture species: Bearded Vultures (Gypaetus barbatus), Griffon vultures (Gyps fulvus), Cinereous vultures (Aegypius monachus) and Egyptian vultures (Neophron percnopterus). VCF has extensive experience in breeding, reintroduction and protection of vultures in their natural habitat.

All European vulture species have a highly vulnerable status, and their distribution ranges have been severely restricted in the last century. Threats such as illegal poisoning, lack of food availability and collisions at wind farms and powerlines are putting the incipient recovery of some populations at risk. The isolation of many of the breeding populations and low productivity rate of the species make it difficult to ensure the survival of these species in the long term. Vultures require large natural areas of good quality habitat, which is increasingly difficult to find in the humanized European continent. Because of their unique role in the ecosystem, vultures are ‘keystone species’ in European mountain landscapes. They cut the vector of infectious disease transmission, act as natural carcass recyclers and are of great socioeconomic value to local communities. Protecting vultures therefore means protection of the entire European mountain ecosystems.

Farming for vultures: the results from the LIFE+ Feeding Scavengers project

Changes in farming practices was one of the factors that contributed to the decline of populations of vultures across Europe, the LIFE+ Feeding Scavengers in Spain has been working over the last four years to work with livestock owners to develop the management techniques for vultures and other birds of prey.

An emerging threat to Cinereous Vultures in Spain

The Cinereous Vulture population in Spain now accounts for over 96 percent of the total European population and thanks to the dedicated actions of projects over the last 40 years increasing from just 200 pairs in the 1970s to well over 2,500 pairs today. However, with the increase in the population the species the threat of lack of food availability is emerging as an important factor affecting the population. The combination of measures to control the spread of BSE such as laws requiring livestock owners to safely dispose of animal remains, the decline of the practice of extensive livestock grazing and stricter health controls from farms and slaughterhouses have resulted in a steep decrease in the food available for Cinereous Vultures and other birds of prey. The LIFE+ Feeding Scavengers project led by CBD-Habitat Foundation, Ministry of Development and Environment of the Junta de Castilla and León, and the Natural Heritage Foundation of Castilla y León, which came to an end in December 2018 aimed to deal with this situation in central Spain.

Key to the project was working with farmers across Castilla y León, covering the whole of the range of Cinereous Vultures in the region, to change practices to increase the food available to the species. In total the project have been collaborating with 550 farms and 30 livestock associations and cooperatives which cover around 500,000 ha.

Following the passing of Decree 17/2013 by the Castilla y León regional government, which authorises the use of animal remains from extensive livestock for the feeding of scavenger species.The project worked with farmers to develop new management techniques which included extensive consultations to understand the implications of the new law such as recording information about the animal and the location of the animal remains that would not cause risks to people or animals for example near water sources, homes or powerlines.

By the end of the project a total of 355 farms who practice extensive grazing have collaborated with the project and have been authorised by the regional governments to manage their herds in a more vulture friendly practice. This accounts for 85,793 sheep, 5,711 goats, 2,257 cows, 3,873 pigs and 442 horses which the projects has found is associated with it an annual mortality of around 376,000 kg of biomass. By being authorised to leave the remains of this livestock in the natural environment this biomass becomes available to vultures and other birds of prey such as Iberian Imperial Eagle, Red and Black Kites and Golden Eagle. This work also highlighted the economic benefits of this practice of freeing up significant amount of time for livestock owners and reducing carbon emissions by 30 tons / year of CO2 by eliminating the need for incineration of animal remains. Increasing the food available in the natural environment is helping reduce the competition between vultures and the other birds of prey in the region, which will help the recovery of the Cinereous Vulture in the region and improve conditions for the Egyptian and Griffon Vultures.

The LIFE+ Feeding Scavengers project is a great example of collaboration between a non-governmental organisation, governmental agencies and livestock owners to change practices that has positive impacts on vultures.

Find out more about: 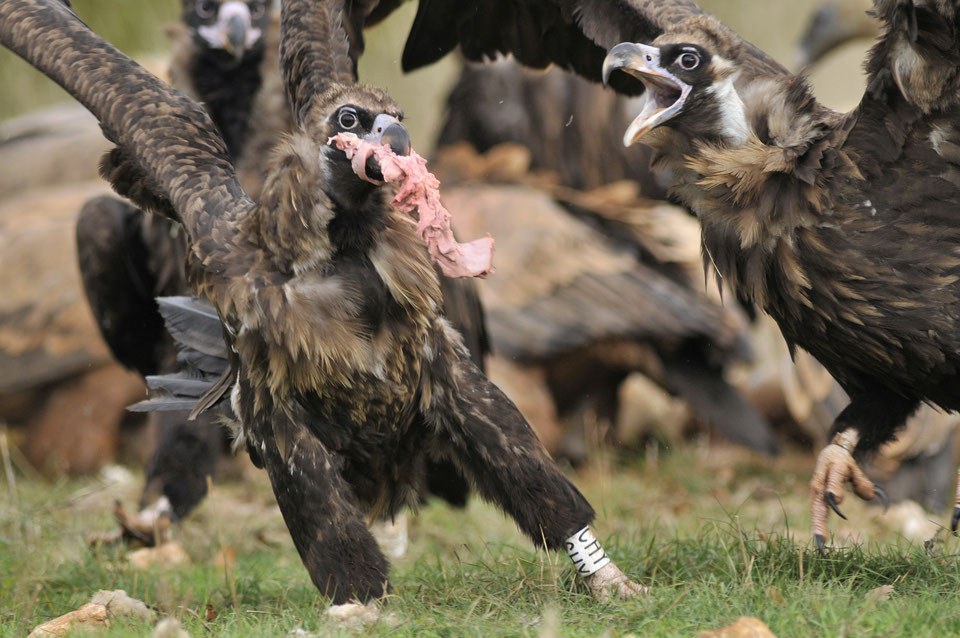